(if you’re here for FFXV screenshots, feel free to skip this post. I’ll get back to screenshots in another week or two, most likely. Hobby phases. 😛 ) 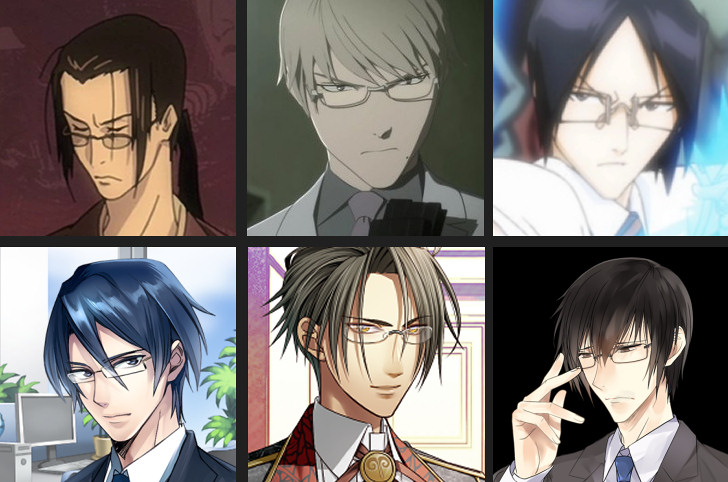 …when I started watching anime, after a while I noticed most (male) chrs. I like in anime/manga/games wear glasses – wearing glasses represents tropes like super intelligence/arrogance and certain other personality/character-arc types. Hollywood does this as well, of course, but it’s less prominent and typically they only use “computer/science geek” or “loser nerd”. Note I don’t have a serious eyewear fetish per se , but if I see male chrs. with eyeglasses it’s an immediate and initial strong pull.

Anyway, I bring it up because I’ve been spending all my time watching animes and running through a huge Japanese visual novel, which brings to mind how 75% of the time I end up hooked on the megane chr. My husband has started to tease me that he never knew I had a thing for eyeglasses and I tell him to put on his readers more often. lol.

If you’re interested, the visual novel (Steam version, that is, it’s had many versions over some years) comes split into two parts (money grab, basically) – Hakuoki: Kyoto Winds and Hakuoki: Edo Blossoms. It’s an otome game but the longer Winds has very little actual romance (Blossoms covers that ground more after Winds very slowly sets it in motion). I actually prefer Winds and the historical-fantasy setting focus of the end of the Edo period/civil war. Blossoms, during most routes, focuses more on the fantasy element of the Furies (sorta-vampires)+romance, which I find less involving. Just me tho.

For an otome, most of Hakuoki feels like an actual story/world, not just some limp excuse to hop into the virtual sack with some dude. The Japanese voice actors are most excellent (some are well known for anime series work), enough so that I rarely skip past the text because I want to hear the vocal tones – maybe that’s part of why it feels so much better than most VN’s I’ve tried. They are expensive tho, so I waited (and waited) until it was on sale. They also created an anime series based on it, which is awesome as well.

It’s one case however, where the one character (out of 12) who wears glasses ends up not my favorite at all. Although he is very good looking. 😉 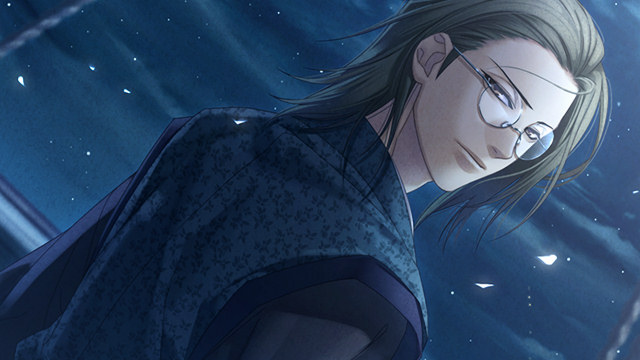