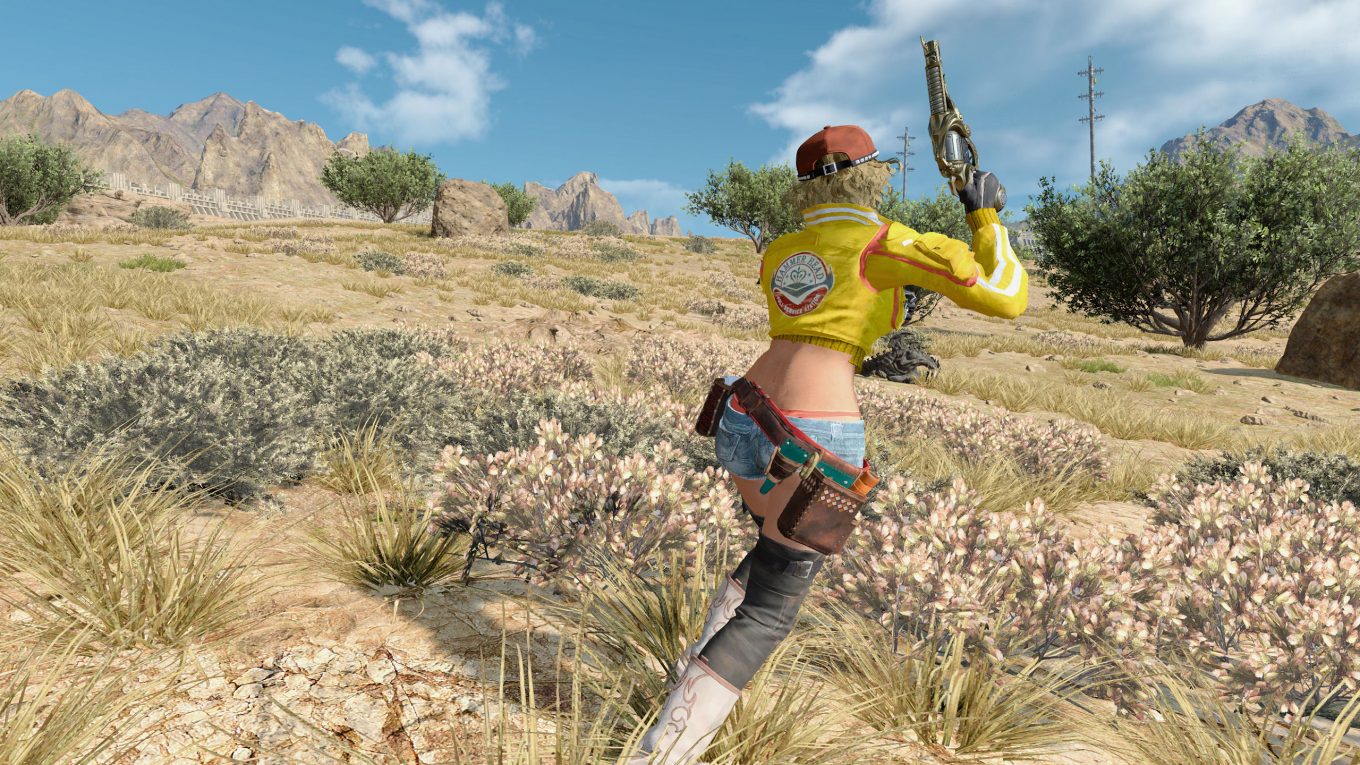 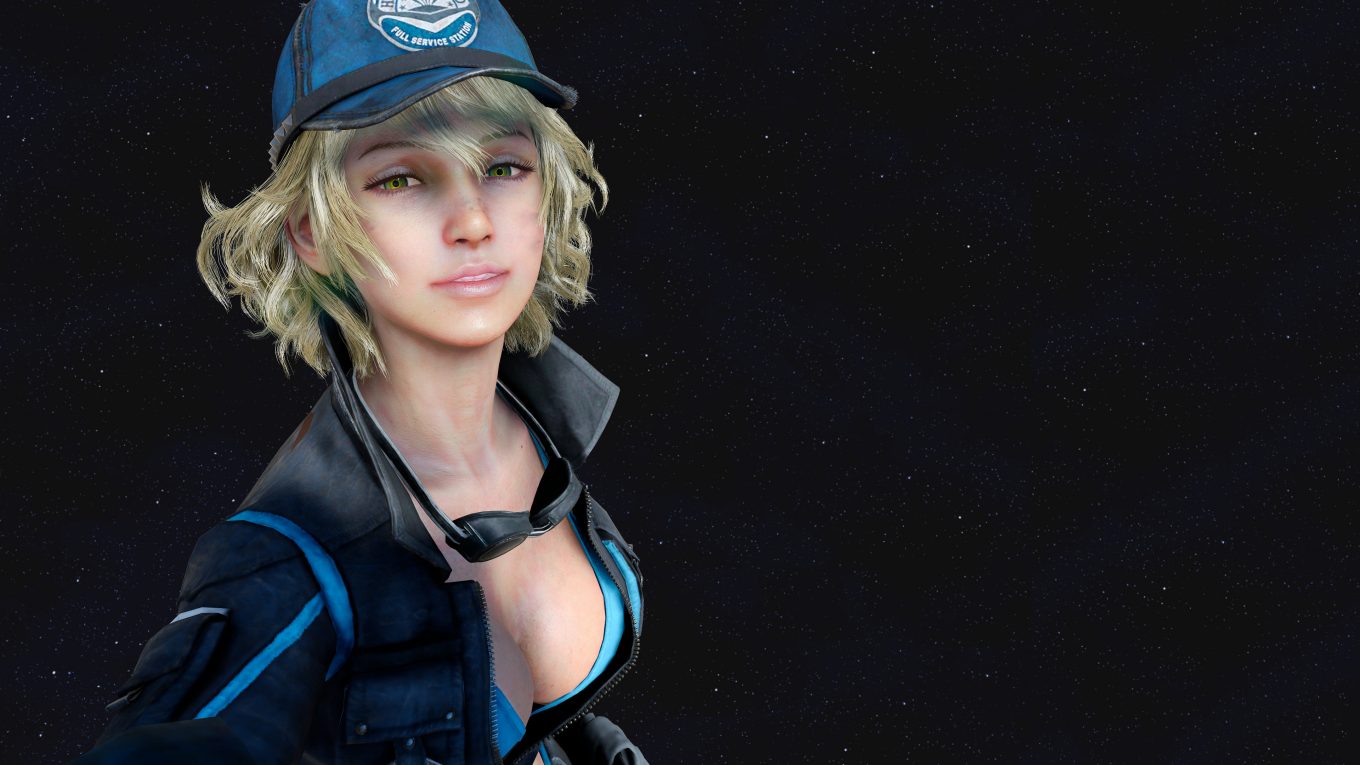 It’s familiar, and yet, not. 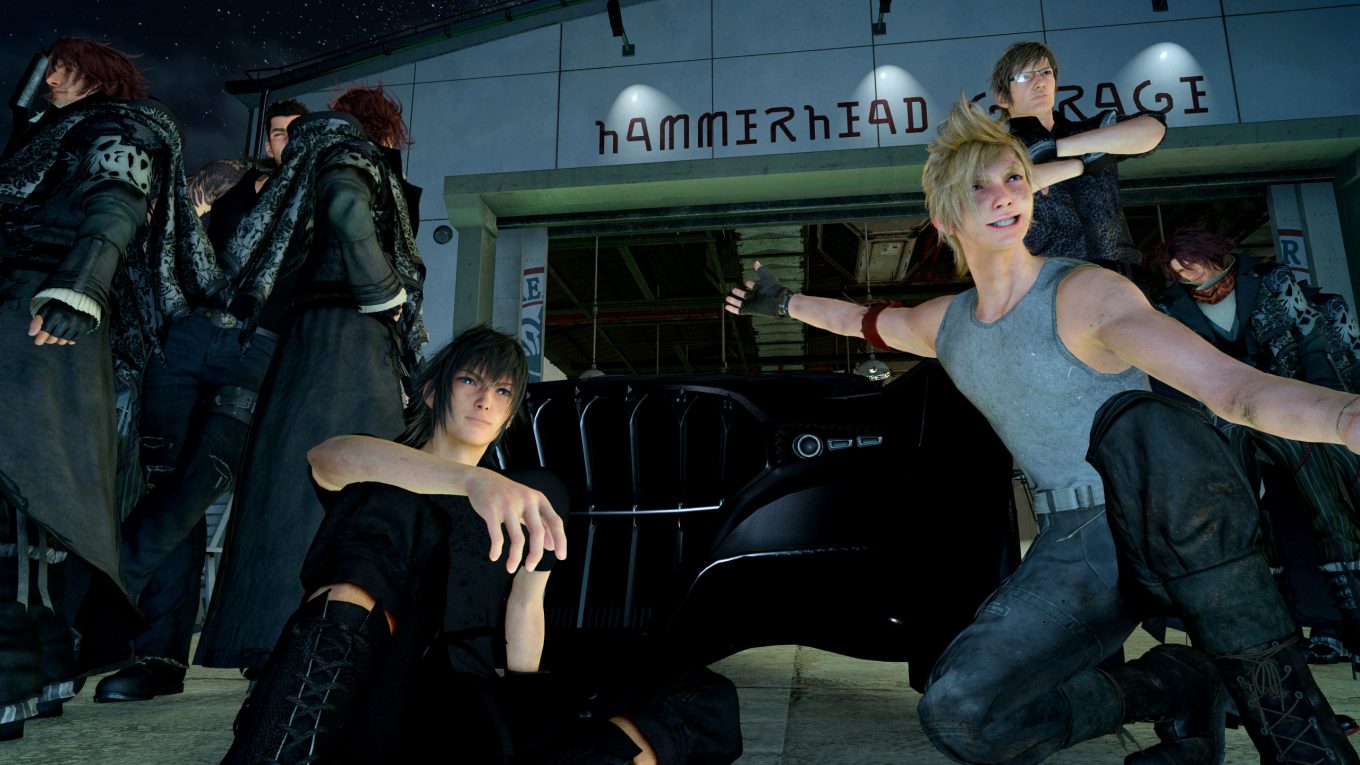 I wanted to fill the entire gas station with Ardyn’s but got lazy. Plus if I’d done that, the bro’s would be entirely invisible, ha. 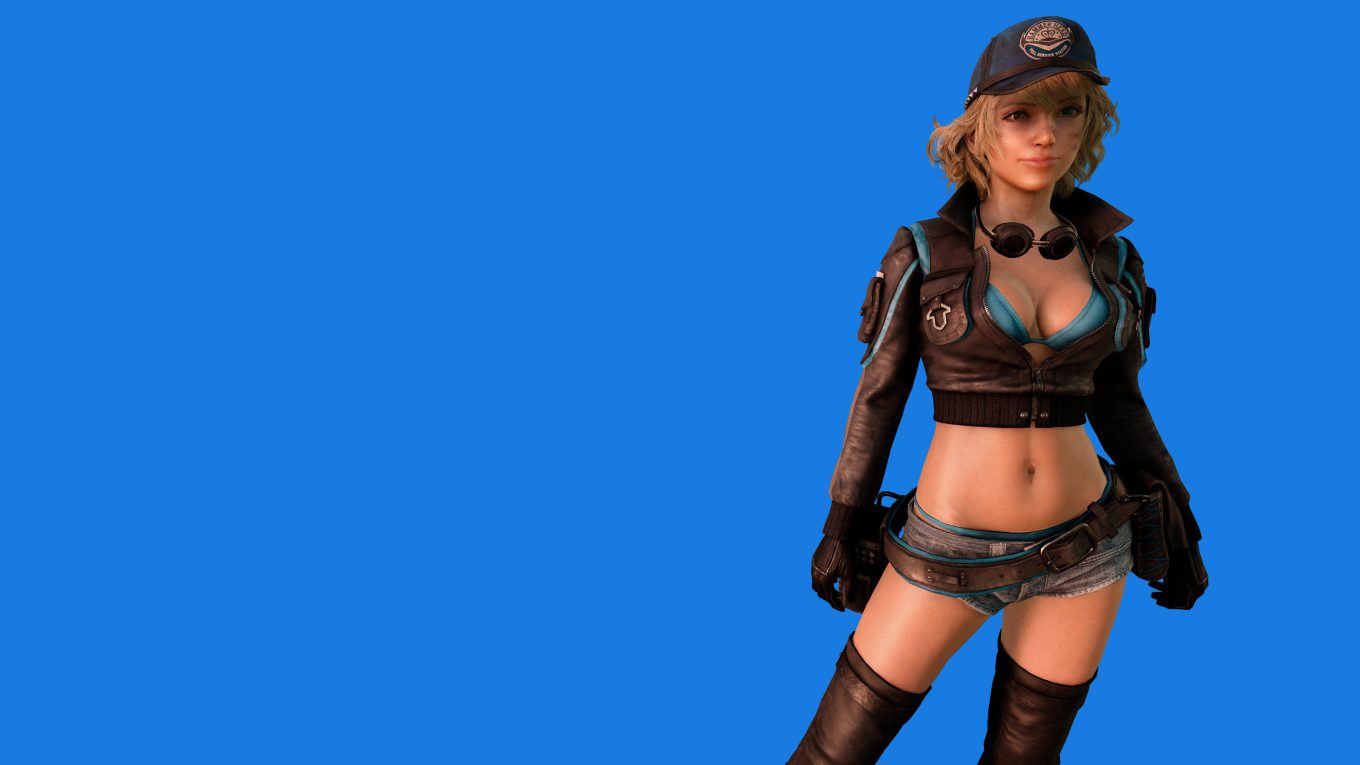 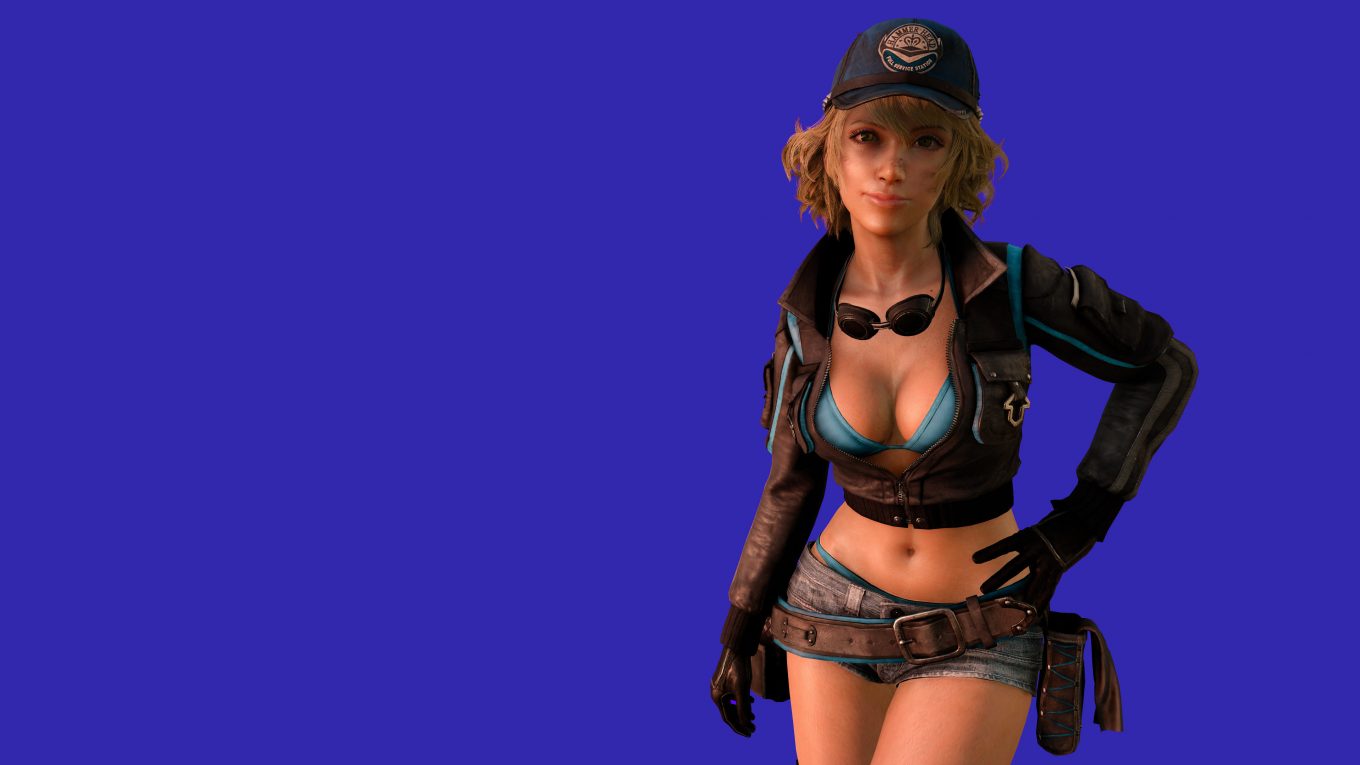 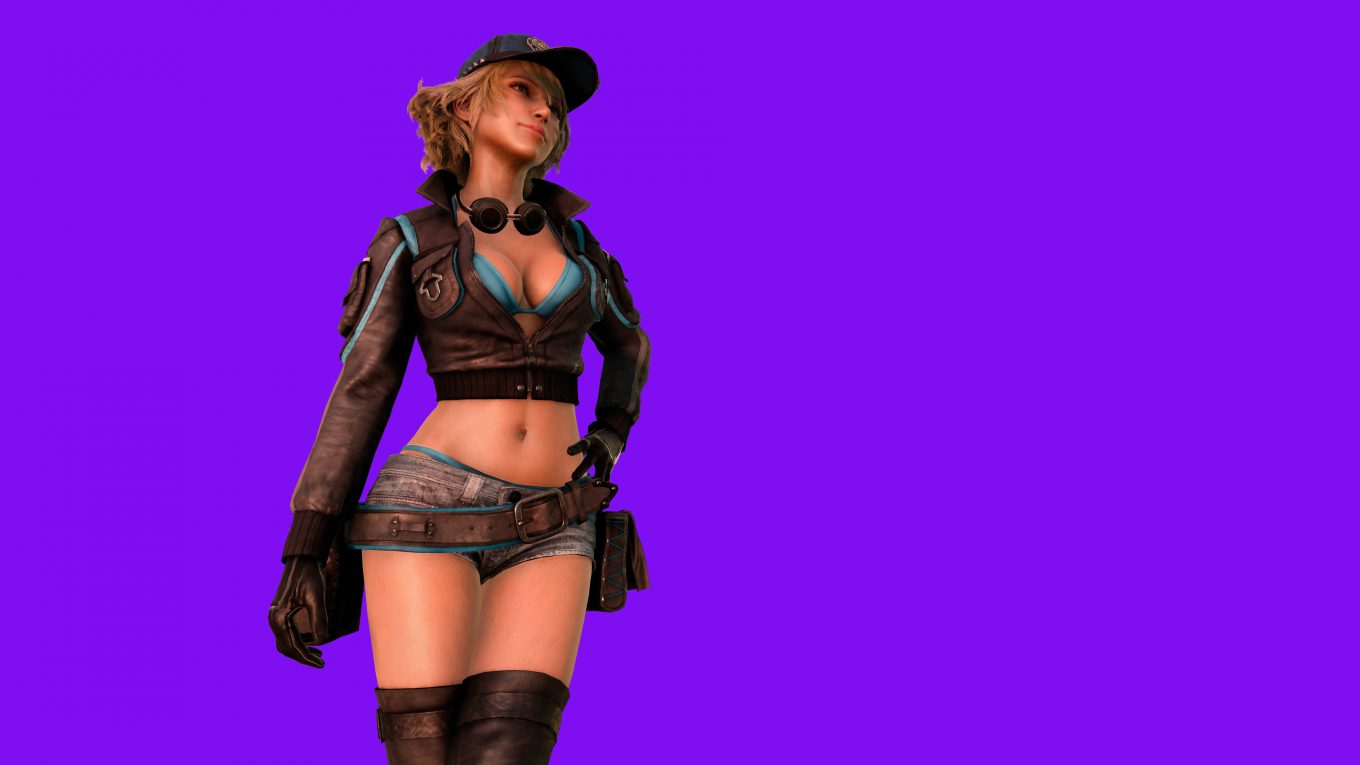 Playing around with the Ansel greenscreen option again. Using a solid color background (doesn’t have to be green) means you can “magic-wand” and cut out objects (middle-left pic below, line around Cindy). 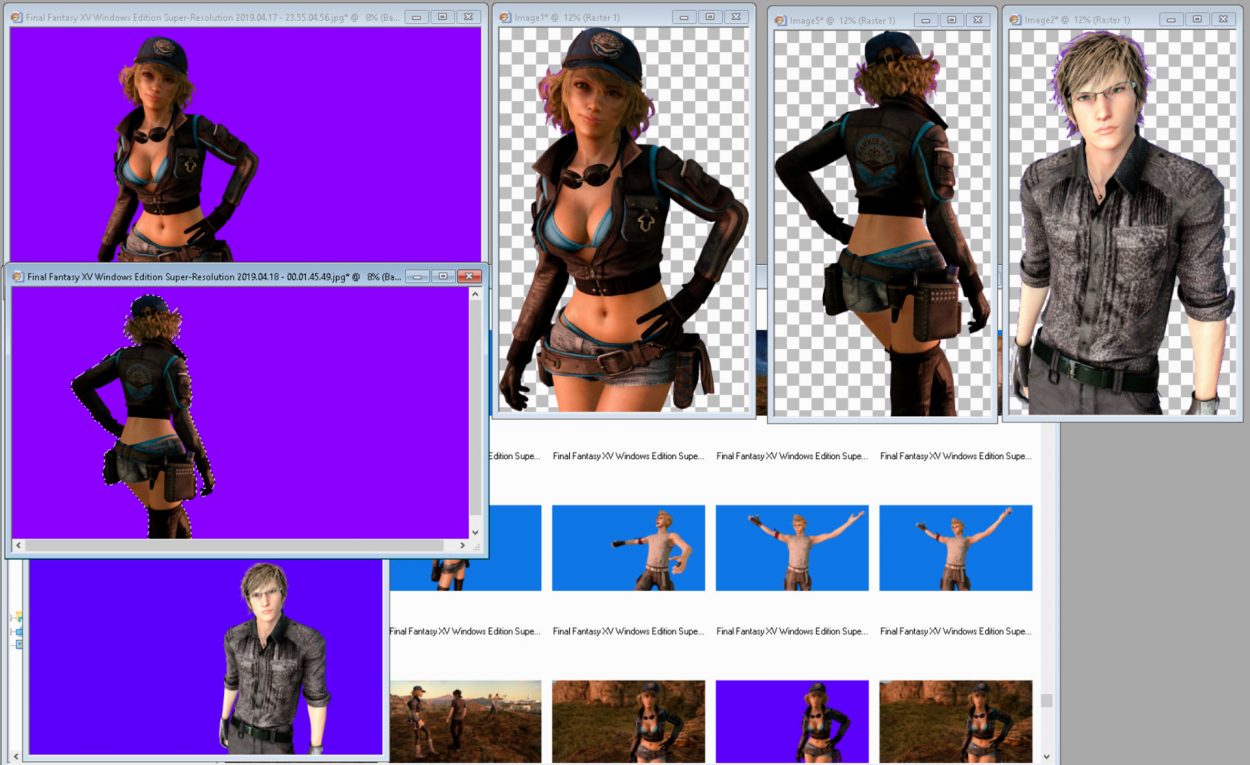 Unfortunately hair is often a problem because of all the thin separated strands/spaces (the pics on the right side, above) and thus pixel/color bleeding around hair edges. It can be a lot of extra work to remove or blend out all the excess color around their hair, if I wanted clean-ish cut-outs. Or if you want to Fill the background with a different color instead (because the colors Ansel lets you choose from are pretty basic and kind of suck). Not even sure what I’d do with a large set of FFXV object cut-outs but I was bored and pointless busy work like this passes the time.

…that is the question.

Since I now have 8TB of HDD storage space, I feel more inclined to video record more. I have two choices: play on the 4k TV and record at half-size for 1080/60fps videos, or play on the pc monitor and record full-size 1440/60fps videos. 1080 is normally fine for videos in my book, but the thing is, if I want to grab frame by frame stills from a video, like I’m doing in the picture above, 1080 images feel too tiny now. Sadly trying to record smooth 4k/60fps at high game settings, with performance-hitting Fraps, isn’t quite doable even for this new rig of mine. No I don’t want to use Shadowplay (Nvidia Experience is ICK).

With 1440 videos I can grab pretty decent stills from them, like this one of Cindy during that early photo cutscene (yup that really is a video still grab – Fraps raw file format quality is awesome which is why I still use it). Meaning I can get any cutscene or combat frame without having to time pushing of any buttons, and thus I can focus on actually playing uninterrupted more often. I mean it’s not as good as Ansel, but for some things video grabs are just fine. But I so much prefer playing on the 4k TV. Guess I’ll have to keep swapping back and forth … no I don’t expect anyone to care. I’m just “blogging.”  Pfft. 😉 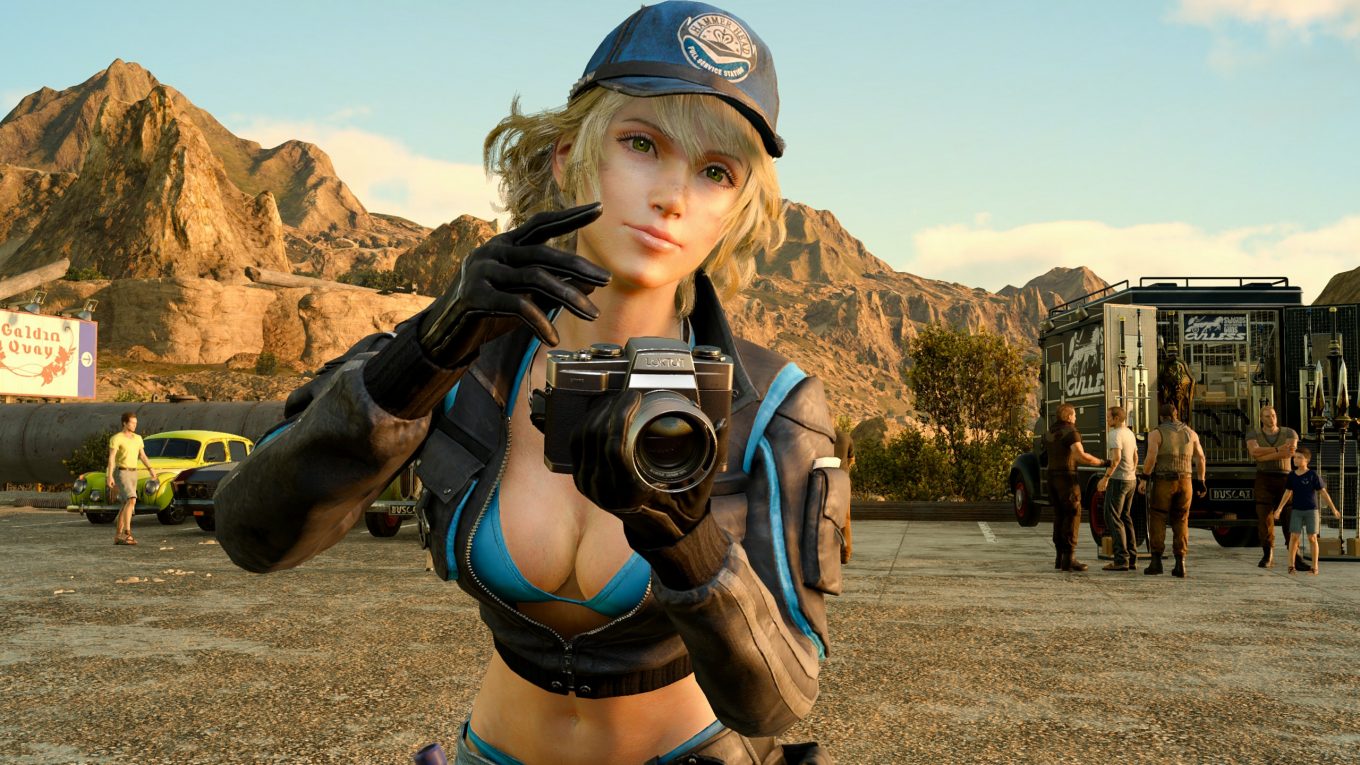 I keep trying to load-in via fast travel to trigger Cindy’s walking-around-courtyard phase but kept getting her stands-still at garage phase. Then I finally got her walking, and … the game crashed first time I exited Ansel. Pfft.

Just some random shots from here and there. 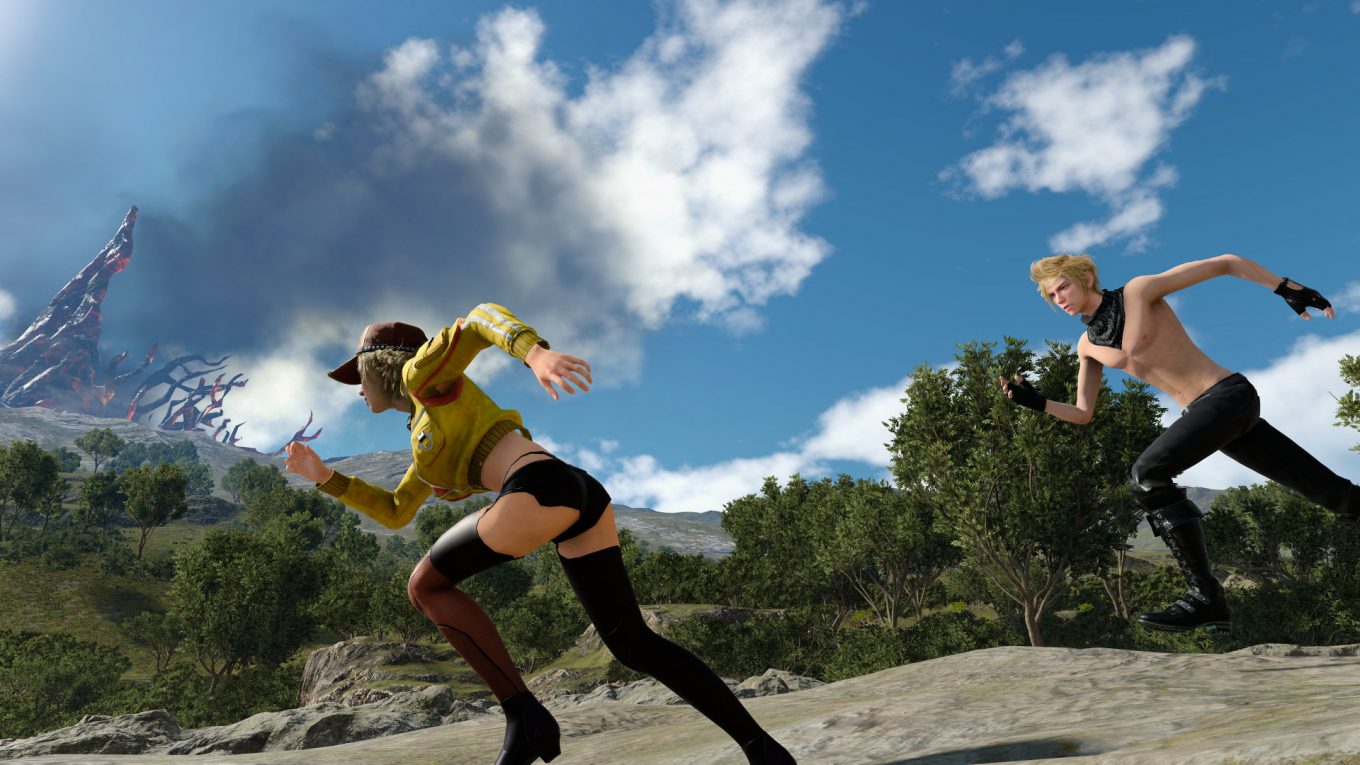 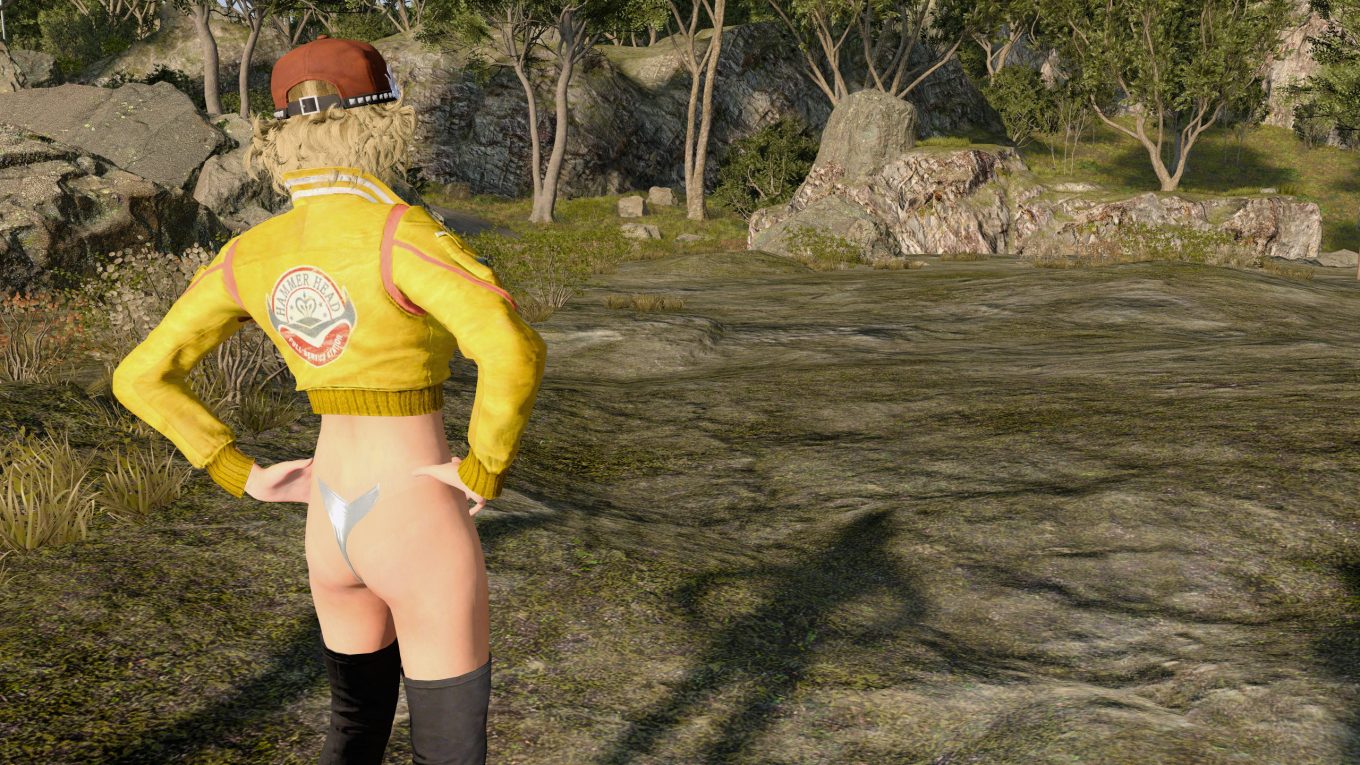